Uganda is Africa Condensed into a small Country 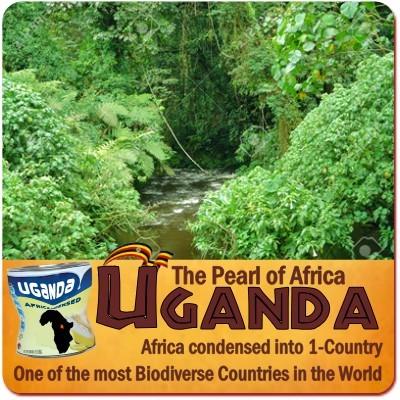 Take all of Sub-Sahara Africa and boil it down to its condensed version and you have Uganda.  Uganda is Africa condensed – some prefer condensed versions such as the Nestle’s Condensed Milk over regular whole Milk. The same is true of the Condensed Version of Africa – Uganda, its Pearl.

Uganda is Africa Condensed into a small Country. That Lonely Planet calls “Uganda – Africa – Condensed.” Uganda is just that – rich in African flavor, diverse in its landscapes and scenery offering what other African Travel Destinations do and beyond and something else, unlike other African safari Destinations such as Kenya, Botswana, South Africa it is still below the radar for most travelers to Africa, it still is Africa without the crowds..

Uganda is Africa Condensed into a small Country, and yet it is the Africa that remains undiscovered. Uganda is Authentic Africa, as you imagine it, only better.  Parts of Uganda, such as the remote Kidepo Valley Park is like Africa was over 50 years

There are more than a million visitors that come to Uganda each year. Those that settle for other African countries miss out on the richness, diversity, wildlife, Primates, and the friendliest people in Africa who would love to introduce you to the heart of Africa – Uganda.

Uganda is a relatively small country in size, about the same as the US State of Oregon, or the country of England and yet in this small country, there is found – the condensed version of Africa offering you in one country representation of all of Africa.

Uganda is Africa Condensed into a small Country. Where you will find:

Uganda = Africa condensed, “a microcosm of what Africa is” according to Lonely Planet, a place not to be missed. Uganda is one country in Africa that gives you more, more flavorful, more intense, more diverse and more enriching than any other African Destination 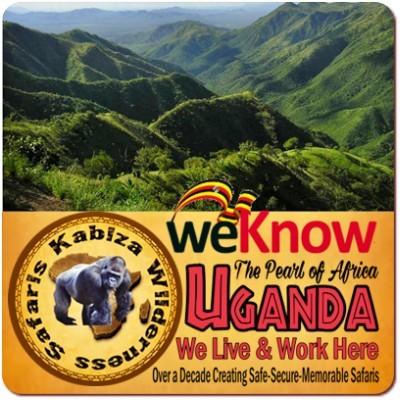 We love Uganda and are passionate, introducing visitors to the Condensed version of Africa in all of its best.

We have taken the words of Winston Churchill to heart,

“Concentrate on Uganda.”  This is our home, this is where we live, and we love to welcome you to our house – the Pearl of Africa and as we say – Ugandan Style – You’re most Welcome to undiscovered Africa, Authentic Africa without the crowds.

Uganda, off the beaten track when it comes to wildlife, and yet it is home to one of the Best Parks in Africa according to the Wanderlust Movement and CNN.

Kidepo Valley Park – Africa as it used to be 50 years ago.  There is no other park like it in East Africa, less than ten new visitors a day, remote, unvisited – we think it is the Authentic Africa you are looking for.

There is only one thing we do – “Create Memorable Safaris.”  We love to create the one that is right for you and allows you to see Africa = Condensed into one country – Uganda.

Uganda in the Words of Sir Winston Churchill

Posted under Kabiza Wilderness Safaris,Pearl of Africa,Uganda
Comments Off on Uganda is Africa Condensed into a small Country-The Pearl of Africa