The UNESCO World Heritage Sites in Uganda the Pearl of Africa

Bwindi Impenetrable Forest – the Rwenzori Mountains and the Kasubi Tombs 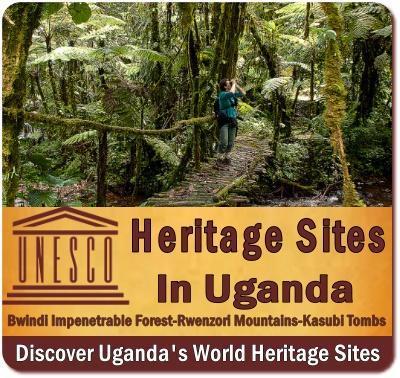 All three are unique places that are a must-visit for those visiting Uganda.

Enjoy Uganda with all of its natural and cultural wonders – in my opinion, all of Uganda’s parks and other places of distinction. Some like Kidepo Valley Park deserve to be on the UNESCO World Heritage Site list, which could happen in the not distant future.

Most Safaris in Uganda will include one of the three UNESCO World Heritage Sites. Bwindi Impenetrable Forest is the one that most tourists visit for Gorilla Trek, Birding, and Hiking. 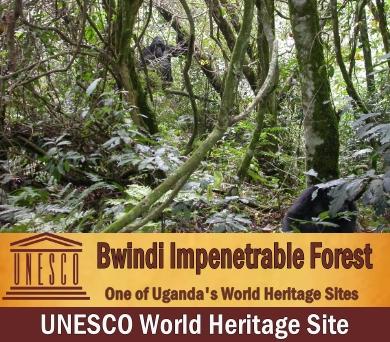 Bwindi Impenetrable Forest is one of the oldest forests in Uganda. It survived the platonic shift that shaped much of the surrounding areas and the Western Rift. Most visitors know it as the place to come to track Mountain Gorillas. There are over half of the remaining mountain gorillas found in Africa in this park.

There is much more to this UNESCO World Heritage Site than Mountain Gorillas. One could easily spend a week discovering this most unusual park, the oldest forest in East Africa. For one thing, it is one of the largest areas in East Africa where one can find Afro-montane vegetation in what is considered a lowland area. Bwindi Impenetrable Forest is regarded as a biodiversity hotspot. It is believed that it has the most significant number of tree species at this altitude in East Africa, which you can readily see as you enter the forest. If you counted, you would find more than 200 trees and over 100 kinds of Ferns, including the giant tree ferns.

There are over 120 mammals found in Bwindi, including forest elephants, chimpanzees, leopards, rare species of monkeys, over 200 various butterflies, and over 347 species of birds.

You can hike through the forest from one end to the other. You can go birding and climb the ridges inside and outside of the forest. Walk along refreshing streams, visit endless swamps, bamboo forests, and have guided interactive cultural walks with the original people of the forest, the Batwa. The who have been here for thousands of years – the Batwa people.

The Rwenzori Mountains of the Moon – UNESCO World Heritage Site

The Rwenzori Mountains were referred to as the called “Mountains of the Moon” by Ptolemy in AD 150. Henry Morton Stanley is the 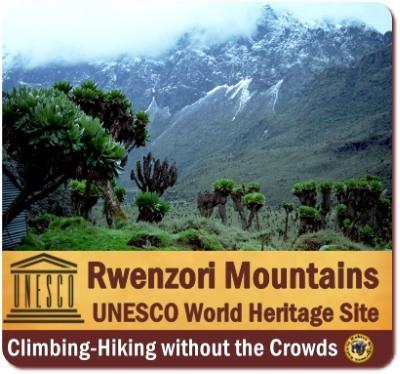 one who brought the mountain range to the attention of Westerners in 1888. Stanley and his contingent were on a rescue mission of Emin Pasha. EminPasha at Fort Patiko.

As they traveled through the Semliki Valley and Queen Elizabeth Park. They saw the tallest Mountain Range in Africa, higher than the Alps of Europe and Uganda, a UNESCO World Heritage Site.

Today, this fabulous park is one of the least visited parks in Uganda. You can climb Mount Stanley’s named after the explorer. The tallest mountain is Mount Margherita, 5,109 meters above sea level, making it the third highest mountain in Africa. It takes eight days to climb and is for most experienced climbers.

If you are not an alpine-level climber, there are many things to do and see in the foothills. Activities that the average tourist can easily do. There is a wide array of  Rwenzori Mountain foothill hikes where you get a whisper of what it is to climb the mountain. There is also the Mahoma Trail. fIt begins near the small village of Ruboni. Home of the Bakonzo people, the keepers of the Mountains.

Stay with them in  Ruboni Community Camp or at the upmarket Equator Snow Lodge.

The Rwenzori Mountains of the Moon are not volcanic like much of East Africa’s major mountains. Instead, it is a block of rock created by the shift of the earth that formed the western rift in Uganda.

Here in the higher altitudes, you find the magnificent giant heathers, ground-sells, ericas, and lobelias. The vegetation that you encounter depends on the elevation. There are five vegetation zones found in the Rwenzori Mountains.

The Rwenzori Mountains National park hosts 80 species of birds, 4 species of primates, and fifteen species of butterflies. You can still find elephants, chimpanzees, Black and white colobus Monkeys, and I’Hoests monkeys at the lower elevations of the mountains.

The fabled Rwenzori Mountains give a unique experience to the visitors. Encounter stunning scenic wonders, wildlife, birds, and cultural interaction – something not to be missed and since new shorter trails have been developed. 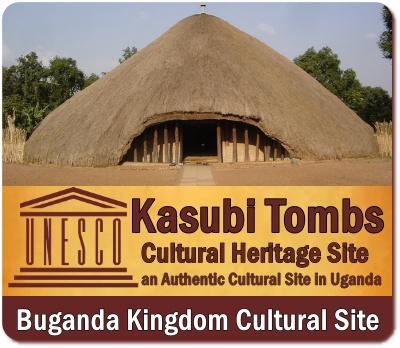 Just outside of Kampala on Kasubi Hill, you will discover Kasubi Tombs at the Kabakas (Kings) former palace of the Buganda Kingdom. It was initially built in 1882 and made into the Royal Burial Grounds in 1884. In the main building, the “Muzibu Azaala Mpganga there are the tombs of four Kabakas. This magnificent building is circular in nature and topped by a grass-thatched tom. A

The tombs are a tribute to the architectural achievement using organic materials of wood, elephant grass, reeds, etc.

Kasubi Tombs is a place of belief, spirituality, and identity for the Baganda People. The Kasubi Tombs are simply an African Master Piece and reflect the culture, ways, traditions, and expertise of the Buganda Kingdom.

Unfortunately, this UNESCO World Heritage Site burned down several years ago to the bereavement of many Ugandans. It caused great grief in the Buganda Kingdome. Artisans were trained in the original art of construction to rebuild the site. Another fire broke out at the tombs during the rebuilding process – some say by a caretaker cooking within the tombs area.

The reconstructed portions of the site can now be visited.

Include the UNESCO Heritage Sites in your Safari: 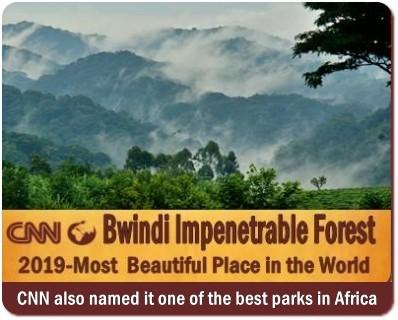 You can easily include some or all of the Ugandan UNESCO World Heritage Sites in your Safari while in the Pearl of Africa. If you are trekking Mountain Gorillas, most likely you will be doing so in Bwindi Impenetrable Forest. The Rwenzori Mountains of the Moon can be included in a safari that takes in Queen Elizabeth Park, Semliki National Park, and Kibale Forest.

The Kasubi Tombs can be included in any Safari where you begin in or end in Kampala or Entebbe. Other Baganda Kingdom Heritage Sites can also be included along with the Kasubi Tombs, such as Mengo, Ssezibwa Falls, Namugongo Martyr’s Shrine, Kabaka Lake, and more.

If you like to include one of Uganda’s UNESCO World Heritage Site in your Safari with us – please let us know.