Uganda-East Africa’s Country of the Big-7

The Big-7 Animals that you will find in Uganda – Lions, Leopards, Elephants, Buffaloes, Rhinos, Gorillas, and Chimpanzees 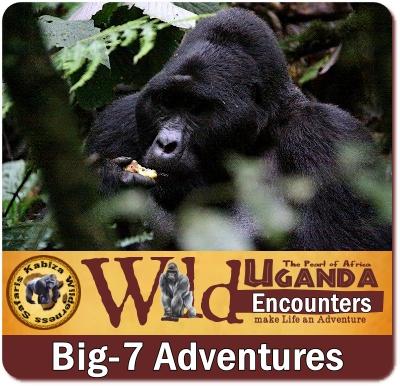 The Amazing Big-7 Animals that you will find in Uganda on Safari. Yes, you read right, Big-7 and not the Big-5 that is common in Africa. What does it mean to a Big-7 Safari Destination?

In Africa, the Big-5 game animals have traditionally been the lion, leopard, rhinoceros, elephant, and the Cape buffalo. It is a term that was coined by the big-game hunter during a bygone era. The Big-5 were the most difficult animals in Africa to hunt on foot. They were the most dangerous if they were injured. Many a hunter lost his life while hunting the Big-5. The Big-5 term stuck and today is used by Safari Tour Operators in describing the wildlife in a country.

There are many African safari destinations where the “Big 5” roam.  Uganda is one of the Big-5 Countries.  Uganda goes beyond the common Big-5 to the Big-7 by adding Mountain Gorillas and Chimpanzees.

Uganda is more than a Big-5 destination. Uganda is East-Africa’s Big-7 Safari Destination. Kenya, Tanzania cannot put a claim on the Big-7, but Uganda can. 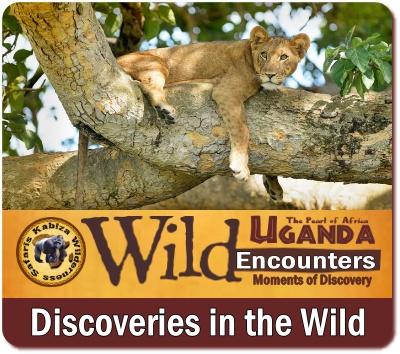 Leopards – are found in every Savannah Park in Uganda and there are 5 of them.

Elephants – Due to stringent conservation measures the Elephant population in Uganda is thriving.  There is limited poaching and both the Forest Elephants, and the larger Savannah Elephants are found throughout Uganda in both Savannah and Forest Parks.

Buffaloes – Buffaloes are found in all of Uganda’s Savannah Park.  For views of vast Kidepo Valley Park is known for some of the largest buffalo herds in East Africa.

Chimpanzees – There are over 5,000 chimpanzees in Uganda. There are five locations where you can track them on a Safari.

The Big-7 Animals that you will find in Uganda on a Safari.  Uganda has the distinction of being called the Pearl of Africa. It is Africa condensed into one small country and most importantly it is home to the Big-7.