Uganda is on the National Geographic Traveller Cool List for 2019

Marvel at mountain gorillas in the wild

Main attractions: If you’re longing to see mountain gorillas in the wild, but Rwanda’s ultra-luxe lodges and high permit fees don’t suit your budget, head for Uganda’s Bwindi Impenetrable Forest instead. The steady growth of its gorilla population is one of Africa’s great conservation success stories, with tourists playing an important role. Almost 20 families can now be visited by guided groups of up to eight. Trekking fees raise funds not only for gorillas and their habitat but also for Uganda’s other national assets including Queen Elizabeth and Murchison Falls National Parks, home to chimps, giraffes, and hippos.

Uganda on National Geographic Traveller Cool List in 2019 UK- National Geographic asked: “Why now?”  The answer is quite simple and it is about the money.  You can take do a total 3-Day Gorilla Safari for less than the Rwandan Permit Price and that includes using an upmarket Lodge. The average person saves over 1,000 USD on a Gorilla Safari in Uganda since lodging, including at exclusive Lodges such as Clouds Mountain Gorilla Lodge.

The Great Gorilla Trekker from Migration from Rwanda to Uganda began in May of 2017 and it has no let up yet.  The availability of Gorilla permits is now almost double the number of what is available in Rwanda.  We like to refer to Uganda as the T.J. Maxx of Gorilla Tourism while Rwanda chose to be the sort exclusive Nordstrom’s Department Store.  Amazingly the number of clients choosing a luxury has increased dramatically since 2017.

Lonely Planet hit the nail on the head, it is about the money, your money and your Gorilla stretches further in Uganda.

National Geographic Traveller Cool List – Uganda – where Authentic Africa still awaits, it has become Africa’s Premier Primate Destination and yet it is much more than Mountain Gorillas in the Mist, it is more than the Chimpanzees that you w 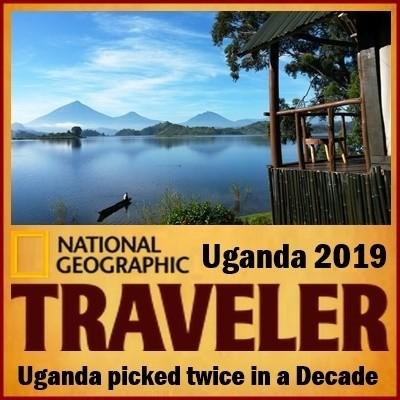 ill see here in the wild of Kibale Forest and other parks, it Africa under the Radar of many including many a travel expert.

Uganda has been, known as the Pearl of Africa for over 100 years, a term popularized by Winston Churchill with his book “my African Journey” in 1908.  it is Africa condensed into a small country, it is one of Africa’s most bio-diverse countries, home to Africa’s tallest Mountain range that exceeds the alps in height, the Rwenzori Mountains of the Moon, there is the River Nile, one of Africa’s 7 Natural Wonders,

Uganda is Home to the Big-7 – Lions, Elephants, Buffaloes, Leopards, Rhinos that you trek on foot plus Gorillas and Chimpanzees. The Elephant population is thriving, the largest number of Rothschild – now most often Nubian Giraffes are thriving with over 1,000 of them.

There is Kidepo Valley Park which is Uganda’s best kept secret considered by CNN to be the third-best park in all of Africa, Africa as it used to be 50 plus years, with authentic Cultural Experiences that are not staged including a visit to the Ik People who live on Mount Morungole where the only way to get there is an ancient footpath. In 2019 – Discover Uganda, Africa without the crowds where Gorilla Trekking is still affordable. 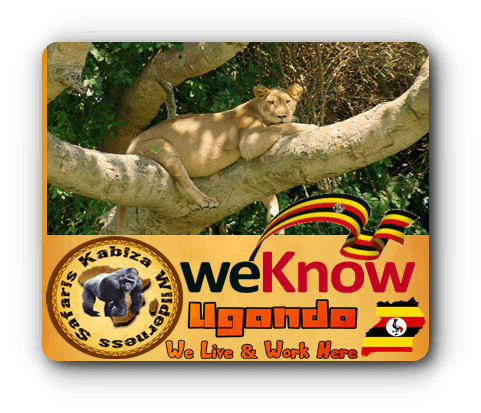 n 2019 it is Uganda on National Geographic Traveller Cool List

Over the last ten-years Uganda has received all kinds of Tourism Accolades, each one helps to nudge some to consider Uganda, for that we are thankful for.

Plan now to visit Uganda, where its natural wonders will amaze you during your time here  and one cannot forget the Welcoming people of Uganda – Uganda safe, secure, stable, friendly, welcoming and affordable in 2019

Posted under Bwindi Impenetrable Forest,Gorilla Trekking Safaris,Kabiza Wilderness Safaris,Pearl of Africa,Uganda
Comments Off on Uganda is on the National Geographic Traveller Cool List for 2019