The Carnivores found in Uganda-the Pearl of Africa

The various Carnivores such as Lions-Leopards-Cheetahs-Serval Cats 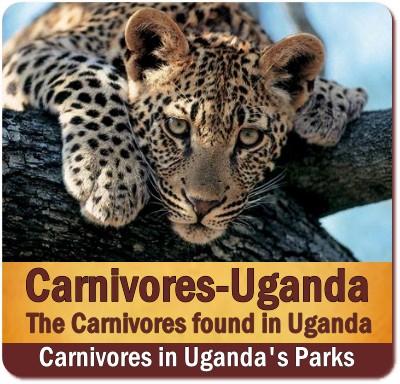 The Carnivores t found in Uganda. Here you will find the Information, Background, Parks, and Wildlife Reserves, where carnivores such as Lions, Leopards, Cheetahs, Serval Cats, Mongoose, Hyenas can be found in Uganda.

There are 38 different kinds of Carnivores found in Uganda, and you will see your share of them as you visit the National Parks of Uganda.

You will see mighty lions, the king of the African Animal world. And you will not miss the other carnivores that are found in Uganda.

Uganda is more than Primates. Many primates are found and seen here. You will not only see them in the Savannah Parks but in the rainforest parks.

Here are the Carnivores found in Uganda 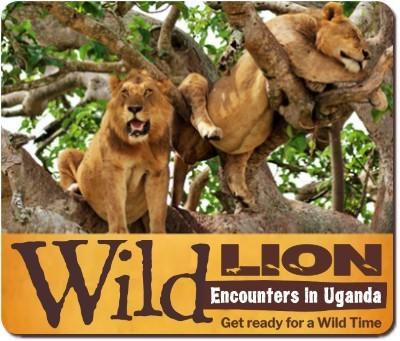 0This is the largest carnivore and lives in pride ranging between 5 and 15 animals.  Lions typically hunt at night, and they can bring down animals as large as Buffaloes and antelopes such as the Uganda Kob.

It is usually the females who do the hunting in teams.  On the other hand, the males must defend their position in the pride and often do so with a battle unto death.  Young lions are also often forced out of the pride when they are about three years of age.

In the daytime, lions mostly rest. In places like the Ishasha Plains at Queen Elizabeth and Kidepo Valley National Park, you might find them climbing trees and sleeping in the shade of a tree away from pesky bugs that are located on the ground.

Male Lions can weigh up to five hundred pounds, females ranging between 240 and 360 pounds in weight, now you can see how they can bring down a large Buffalo.

Large animals killed are eaten by the pride, while smaller ones may be consumed by one lion.

The biggest threat to lions is encroachment by people such as there has been Queen Elizabeth Park when pastoralists moved in their herds and began to kill some of the lions in the area. 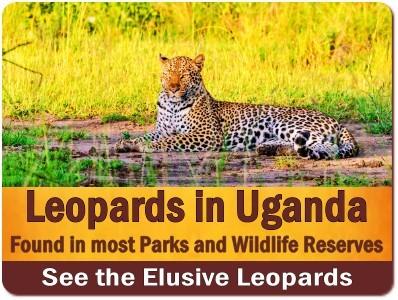 This is the most common large feline, and leopards can often be found near villages but not often seen since they are quite secretive and loners.  They are amazingly effective hunters and store their kill up in a tree for later consumption.

They are fast and cover a large territory roaming around to find prey to kill.  Stealth and Power would be the keywords to describe a leopard. 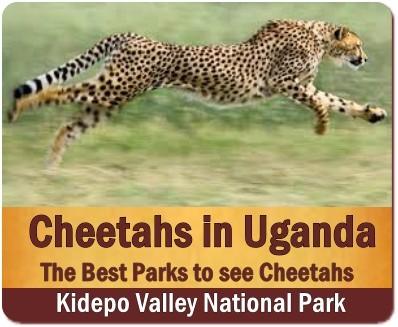 The Cheetah appears like the leopard, but you see him during daytime hours. The Cheetah is the fasted animal on land running at speeds up to seventy kilometers an hour for short durations.

The males are very territorial in nature and will defend their area sometimes in pairs or more.

They are not as strong as leopards and lions and often are chased away from their kill by other predators.

African Golden Cat:  This cat is one of those hard to find creatures from the forests of West Africa, and in Uganda, where the West African forests meet East Africa, they are found in western Uganda in every national park forest except in Semliki.

African Wild Cat:  Very close to the domestic cats and has interbred with them, and you can find this cat in savannah parks of Uganda.

Caracal:  This medium-sized cat can be found in open habitats of Kidepo Valley National Park.  It has a reddish-brown coat and tufted ears.

Serval Cats:  If you see a cat with a pale spotted coat, you have found a serval cat.  Found in woodlands to forests all over Uganda.

Canids:  Canidae is a part of a group of medium-sized carnivores, which are doglike creatures found in Uganda but not every day.

Bat Eared Fox:  Small and silver-grey fox is most common in Kidepo Valley National Park since it likes dry areas.

Jackals: They are small to medium in size and found in every savannah area of Uganda.  They hunt small mammals and birds but also feed on fruit and bulbs.  The side-striped Jackal is the most common in Uganda and found in the parks with savannahs but also in Mgahinga Gorilla Park and Bwindi Impenetrable Forest. The park where you are most likely to find them is Murchison Falls National Park.

The black-backed Jackal is found at Kidepo Valley National Park.  The golden Jackal found on the list of mammals for Uganda has not been spotted in recent times.

Other types of Carnivores: 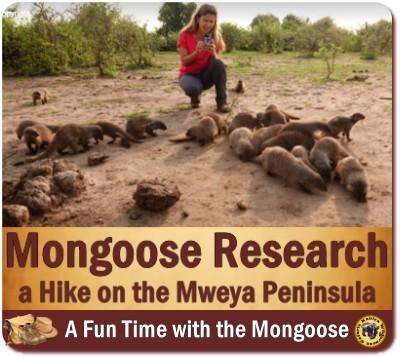 African Civet:  It is a bulky, long-haired, cat-like viverrid.  Civets are found in Uganda’s wooded areas and in most of the National Parks.  Since they are nocturnal, they are rarely seen during daylight hours.

Genets:  They are related to the civets, but people spotting them will often refer to them as cats.  They are secretive except when habituated, meaning that they are used to humans. They are slender viverrids with spotted coats and long tails.

There is the servaline genet, and the sizeable spotted get is all found in various places in Uganda.  The giant forest genet is located at Maramagambo Forest in Queen Elizabeth Park.

Otters:  There are 3 kinds of otters found in Uganda, and Lake Mburo records all three.  There is the spotted-necked otter, DRC Clawless Otter, and the Cape Clawless Otter.

Spotted Hyena:  Hunchback Carnivores, seen as scavengers, but are excellent hunters and can kill an animal as large as an antelope.  Hyena clans are led by females that are more powerful than males. The most common park to find Hyenas is QEP, but you can find them in other savannah parks.

Ratel or Honey Badger:  A medium-sized mustelid. It has a puppy-like head, black sides, and underparts, and the back is grey-white.  They are widespread in Uganda but not often seen.  Other mustelids found in Uganda are the Zorilla and the striped Weasel.

The Carnivores found in Uganda make up an exciting part of the game drives. When you spot and see them – some of the carnivores are best seen during night game drives, and you can take such game drives at Murchison Falls Park, Queen Elizabeth Park, in the Semiliki Valley and see the carnivore predators on the prowl – enjoy Uganda.