Best Ways to Prevent Bilharzia in the Lakes – Rivers of Uganda

Bilharzia (also known as Schistosomiasis or snail fever) can be very unpleasant and detrimental who has been infected. 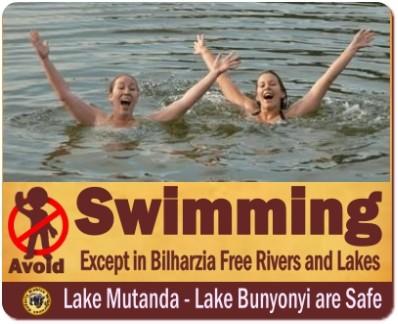 rivers are safe and Bilharzia-Free. Bilharzia is a nasty – hard-to-diagnose disease found in many lakes in Uganda. Even at times in lakes that are so-called Bilharzia Free.

The disease is transmitted through tiny snails that penetrate the skin and find their way into the liver. Symptoms are fever, cough, abdominal pain…later on, there are further consequences, and one is simply tired and drained.

Avoid bathing, swimming, wading near a village on the lake – stay in the water for less than ten minutes.  Dry your body thoroughly with a towel rubbing briskly.

Swim early in the day, rather than later.  Cover yourself with insect repellent before swimming – it may offer some protection.  This is also recommended when White-Water rafting the Nile at Jinja in Uganda.

Best advice – swim in a pool instead of a lake or slow-moving river despite someone saying it is Bilharzia Free.

Best Ways to Prevent Bilharzia in the Lakes – Rivers of Uganda

You will not always get Bilharzia swimming in an infested lake or river. It can take weeks, months for symptoms to show – you 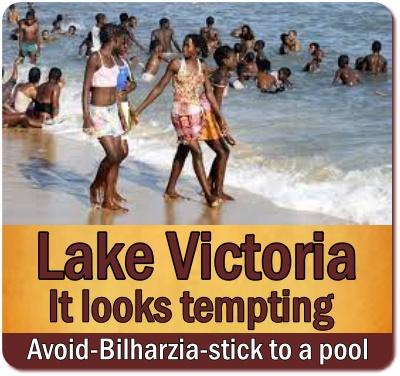 can purchase Anti-Bilharzia Pills in Pharmacies in Kampala. Best to see your doctor back home.

Best Ways to Prevent Bilharzia in the Lakes – Rivers of Uganda – our driver-guide will give you the correct advice for your well-being.  We want to make sure that you enjoy your safari in Uganda.