aWildlife Parks in Uganda where you can see Zebras 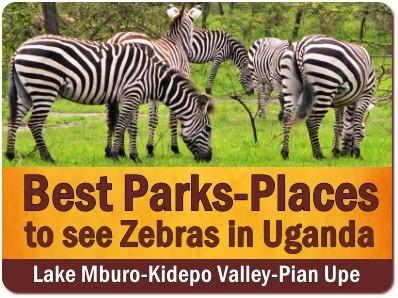 Best Places to see Zebras.  Today there are two parks and two Wildlife Reserves where you can discover Zebras.  At one time there were thousands all over Uganda today there are 3,000 plus Zebras remain, the majority of Zebras are found in and around Lake Mburo National Park, Uganda’s foremost Zebra Park.

In the northeast corner of Uganda in Kidepo Valley Park, about 100 Plus Zebras are remaining.

You do not find them in other National Parks since the vegetation and Terrain are not suited for Zebras. 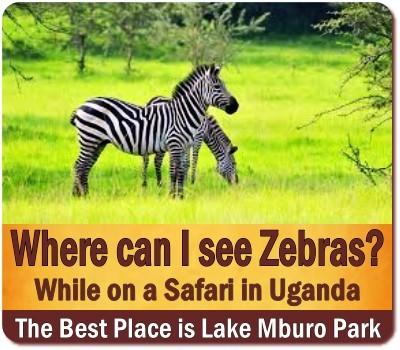 The decline of Zebras in Kidepo Valley Park is in part due to different vegetation that came about due to climate change.

There are approximately 3,100 Plains Zebra in Uganda at present, with the majority being located in or around Lake Mburo National Park with the remainder in Kidepo Valley Park, Katonga Wildlife Reserves and Pian Upe Wildlife Reserve.

Zebras have been on the decline in Kidepo Valley Park due to Weather and Climate conditions that are a factor in the well-being and survival of Zebras. 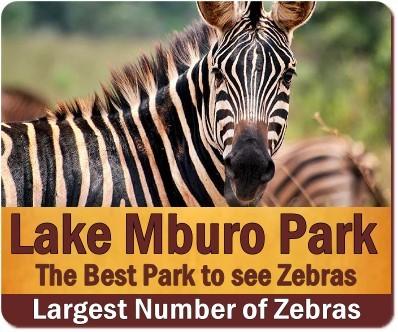 Lake Mburo National Park is the best Park for sure sightings of Zebras with the largest herds found in the country both inside and outside of the Park.

Whether you on in a vehicle, doing horseback, or Mountain Bike Safari or nature walk, you will not miss seeing Zebras.  The Zebras found here are the Plains variety.  They originally came here from Tanzania and have thrived ever since.

Zebras are so numerous here that some have been translocated to other areas such as Katonga Wildlife Reserve.

The Park is halfway to Bwindi Impenetrable Forest, close to Kampala and Queen Elizabeth Park.

Lake Mburo is the best Park in Uganda where to find and see Zebras. 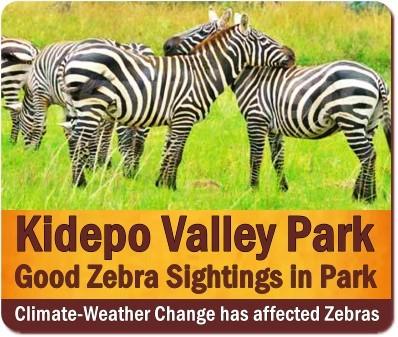 Kidepo Valley National Park is the most remote park in Uganda and is also one of the best places in Uganda where you can see Zebras on the vast Savanna Plains f Kidepo Valley Park.

Since the El Nino Weather pattern change, zebras in this Park have had a harder time surviving and have decreased in numbers, something which is being studied presently.  In the meantime, visitors to the Park, which are few, enjoy their presence here.

Kidepo Valley Park- one of only two parks in Uganda where to see Zebras. 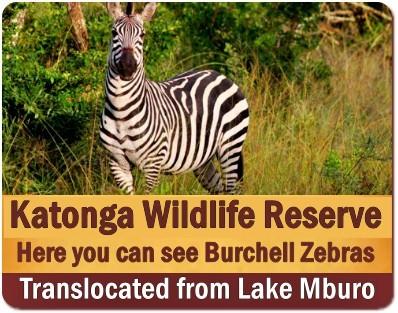 The Terrain and vegetation are right for the Zebras, and they have adapted well to the Wildlife Reserve. They are a welcome addition to the wildlife reserve. Visitors will enjoy the additional wildlife the Reserve.

This another positive conservation move by Uganda Wildlife Authority that will benefit both the Reserve and visitors alike.

The Reserve is not too distant from the Kibale Forest area and can be included in a Safari. As of this time, no midrange or luxury is losing near the Reserve. 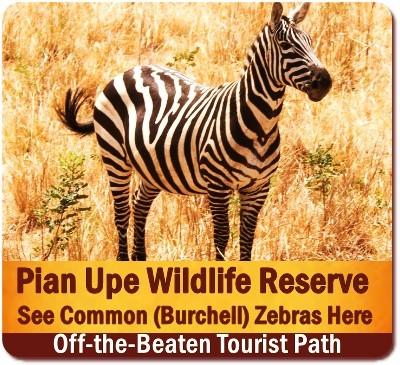 The Common or Burchell Zebra is found here in the Pian Upe Wildlife Reserve. The Reserve is located in Eastern Uganda near Sipi Falls and on the way to Kidepo Valley Park. It is part of the Karamoja Region of Uganda.

Pian Upe Wildlife Reserve is off-of-the-beaten Tourist Path. A reserve that most visitors to Uganda have to discover. Its rugged, natural beauty is overwhelming, and the Reserve provides the perfect setting for Zebras.

The Zebras are thriving in the Reserve, and the conditions to do so are just right for the Zebras there.

Best Places to see Zebras – If you like to include Zebras on your Safari with us – please let us know.