Uglish – English with a Ugandan Flavor that confuses Visitors 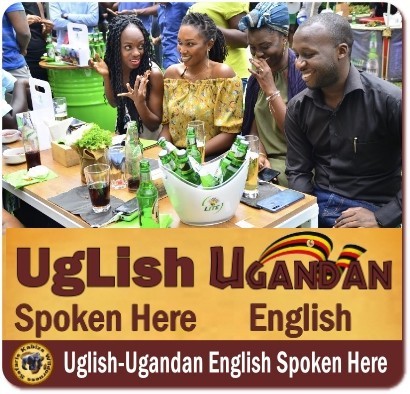 Uglish – Ugandan English -101 -Visitors to Uganda are often perplexed by the English that they may hear. They do not know the meaning of some words since they are used differently than in their home country, or they are entirely new and different.

Welcome to Uganda, where you often will find Uglish, a localized version of the English Language being spoken from the President on down who coined the Uglish Phrase – another rap – another Term to the everyday person you meet on the street.

Visitors to the country will often say “it sounds English, but it has a different meaning.

UgLish expressions are often on the humorous side of life, making them a fun way to learn about Ugandans.

Please Note A recent study pointed out that Uganda is the best English Speaking Country on the African Continent.

We provide you with some basic Uglish Phrases below and their meaning.  Knowing the purpose of the phrases could make a real difference in your understanding of Ugandan people and the local culture. 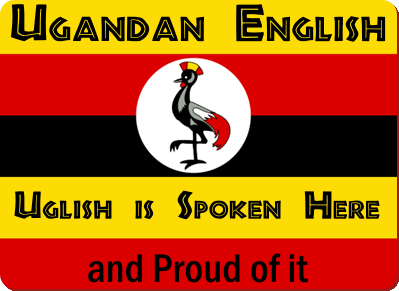 Uganda. However, the English that you may encounter at times can leave you perplexed. You will hear things such as “I am going to make a short-call,” which logically to you may mean a phone call, however, in Uganda, it means going to the Bathroom.

No matter where in the world, English is spoken, over time, the English in that particular country develops a unique local flavor. Something that definitely happened in Uganda. The coming of text messages, Facebook Messenger and WhatsApp, has sped up the ever-evolving Ugandan English -UGLish.

Uglish has become a part of Ugandan culture, and you can see and hear the evidence not only in conversations with Ugandans but in posts on Facebook and in tweets on Twitter.

No handwringing of Ugandan Intelligentsia. No lectures on the virtues of the Queen’s English is going to change things. Oddly Speaking, British or American English has become vogue with T.V. and Radio Presenters. Some want to sound British or American. So-called Slay Queens hire Coaches to assist them. Yet, most use smatterings of UgLish in their communications. 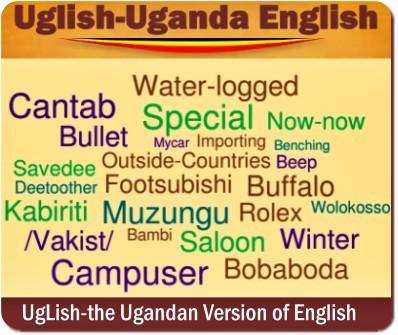 Older Ugandans who were educated by the British and shortly after independence will be less likely to use Uglish Phrases. However, President Museveni himself throws a bit of Uglish into his speeches.

UgLish is here to stay. It is now an integral part of local culture. Innovative words spring up on a daily. Mostly with the young.

When it comes to Ugandan authors, writers, reporters, and bloggers, you will find standard British English is used.

Surprisingly, Government and Business Communications are painfully formal to the point of being stiff.

Below you will find Uglish made simple for Visitors – surely, we will have missed your favorite saying or phrase we will be adding more.  Uglish in Uganda has become an art – often leaving visitors perplexed as to what was just said, just like Ugandans would be in the U.K., Australia, Canada, the U.S.

I need to make a short-Call: 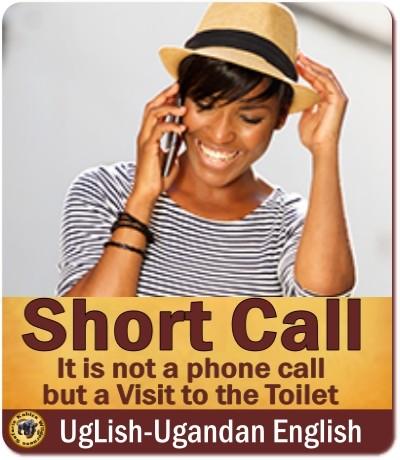 The short-call catches many visitors – some even offer their phone – it means going to the bathroom, washroom, W.C. whatever you call it in your part of the world.

In many other English-speaking countries – one asks for their change. That might not get you anywhere here – here you ask for the Balance.

That is a reference to a person stealing money through corruption and spending money like there is no tomorrow, going through enormous amounts of money. Eating at the table is when a person takes advantage of their position of power and takes advantage of his or her office stealing funds.

You enter a home, an establishment such as a restaurant, and are greeted with “You are lost.” It is the same as “I’ve missed you” or “have not seen you for a long time.”

Now -now merely is urgent, and it means “now” and not later. On the other end, “slowly-slowly” tells someone to have patience. 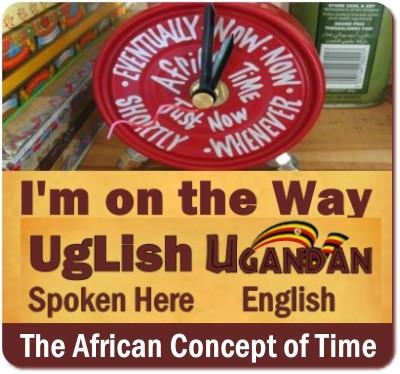 I’m on the way

You are sitting in a restaurant, and you had a noon luncheon appointment, and there is no sign of the person. You call them on the phone, and you get “I’m on the way,” or I’m reaching there” sometimes even “I’ve reached,” all the while you will sit there for another hour. The African concept of time is different from the West and based more on relationships than punctuality.

If you are in a Ugandans way, and they cannot get through, you just might hear “extend.” That means to move out of the way, move over. If they want to sit down on the sofa and there is no space, they will ask you to extend. Unfortunately, many visitors will need an explanation as to what “extent” means.

That one is not too hard to figure out. The word disturb means to bother someone to upset someone.

Are we of one mind? Do you understand what I am saying? You might also hear, “You get me?”

Getting driving instructions from a Ugandan can be and is often quite different such as slope left, meaning go downhill to the left. After a while, you will know what is intended.

Borrow me some Money 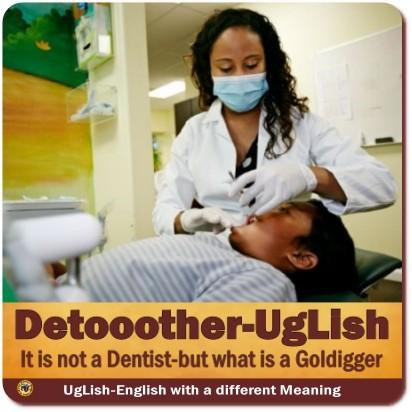 It merely means “Lend me some money.”

Beep or Flash me

It means to call the other person’s phone with one ringer, beep, or flash, and they call you back using their airtime and paying for the phone call. You will often get one ringer phone call where someone will want you to call them again, and you pay the request.

It basically means “thank you for your work.” It is not used in the same context as in the U.K. or U.S. English where when you have done something out of the ordinary, you hear “Well done.”

Where is home? Where do you stay?

When you ask someone in Uglish to first come – you give them an option to answer with “The first Wait.” Meaning, let me finish what I am doing, and I will come. If you have an urgent need, you ask, “first come – now, now,” adding the urgency of the moment.

It does not mean putting on something like a pair of trousers or a dress, but that you are already wearing it.

You are a snappy dresser, or in Ugandan English – Smart Dresser

This means that one is moving from one house to another. 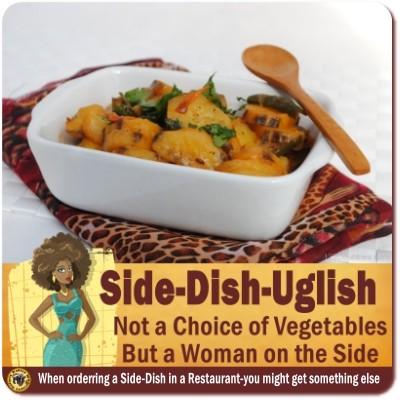 This is not something ordered in a restaurant, but a man having a mistress

Is a University Student – actually a term that has been used for a long time here in Uganda.

A person that is speaking improper, inarticulate English

Not a dentist, but what we would call – golddigger going after the assets of another person.

Unprotected Sex – certainly a no-no in Uganda with HIV.

A reference to dropping in on someone in whom you have a romantic interest.

Mazongoto in UgLish means Mazongoto King-Size.  The original meaning was King-size bed but now it refers to anything large.

Uglish – Ugandan English – 101 for Visitors to Uganda – the above was a mere sampler. When you visit Uganda – purchase a copy.

You can purchase of Bernard Sabiti’s Book – Uglish – Dictionary of Ugandan English at the following Stores in Uganda.