Lake Bunyonyi Crayfish – are becoming an attraction to visitors from around the World. 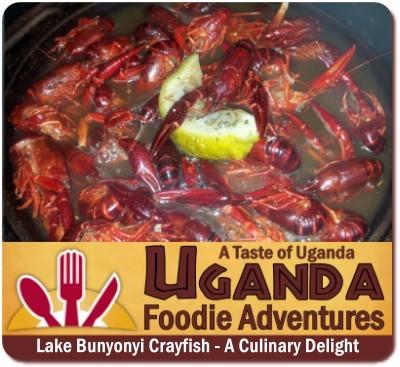 Lake Bunyonyi Crayfish – A Culinary Delight: Crayfish are not found in Africa except where it was introduced in bodies of water like Lake Bunyonyi. The Louisiana Red Swamp Crayfish has thrived in the 2nd deepest Lake in Africa.

Louisiana crayfish were first imported in the 1970s to Kenya. The species was bred in aquaculture operations for export to Scandinavia. They were brought to Lake Bunyonyi during the 1970s while Idi Amin was in power.

Today Crawfish are plentiful, while Tilapia and the Nile Perch are few. This is shown in the research results of NaFIRRI – National Fisheries Resources Research Institute. Their recommendation is the implementation of cage fish farming. All efforts to such as fish releases have had little results, as shown by NaFIRRI. Only the Crayfish has thrived.

The growth of Crayfish has been overwhelming to the Bakiga people who have never included it as part of their diet, seeing it as a nuisance. Lake Bunyonyi Crayfish are a nuisance to locals. Yet for Visitors, they are a Tasty Dish.

At Lake Bunyonyi Lodges and Restaurants, the most popular item on the menu is Crayfish in one form or another. You will find 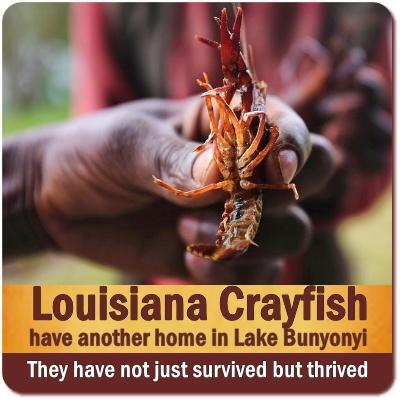 Crayfish offerings on menus Craryfish omelets, garlic crayfish pasta, fried Crayfish and chips, crayfish tacos, and Chile Rellenos with Crayfish, even Crayfish Pizza. The Crayfish cuisine is praised by publications such as Lonely Planet and Bradt travel guides. Additionally, you will find reviews on TripAdvisor.

The Local Communities have benefited by trapping Crayfish. It has meant an income for them. Additionally, local lodges and restaurants have profited by adding Crayfish to their menus.

Tilapia was introduced to Lake Bunyonyi  in 1931. They were brought in from Lake Edward in relays. The fish did well until they died out, floating on the Lake, literally thousands of them. The effort was repeated in 2002 with limited success. Most recent surveys by National Fisheries Resources Research Institute recommends fish farming to supply enough fish to the local communities.

Someone came up with fish farms on the side of the Lake, and they have done reasonably well.

The introduced Louisiana red swamp crayfish was ignored by locals around the Lake except for Chicken Feed. That all changed when Tourists began to come to Lake Bunyonyi. A scene from “lord of the rings” began to be a significant tourist attraction. Now Crayfish have become part of Lake Bunyonyi’s tourist attraction, being served in hundreds of different ways.

Restaurants came up with all kinds of ways of using Crayfish. It was cheap, readily available, and easy to catch. Today, there is not one lodge, one resort, one hotel around Lake Bunyonyi where you cannot find Crayfish on the menu. 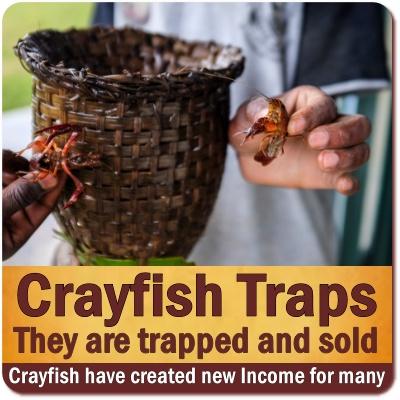 Even a few locals who have tried the tasty dishes at the local lodges and restaurants have taken a liking to Crayfish.

Lake Bunyonyi Crayfish – A Culinary Delight – Bunyonyi – the place of little Birds has also become synonymous with the home of tasty crayfish dishes. Lake Bunyonyi Crayfish-to Locals a nuisance-to Visitors a Tasty Dish and even that is slowly changing in Southwest Uganda. Still, then Uganda has seen a lot of changes. Today some farmers are complaining about the ever-spreading Crayfish into wetlands, streams, destroying their farming areas. Maybe we just need more visitors to Lake Bunyonyi to consume more significant quantities of the tasty morsels. North Europeans love them, with some salad, bread and a shot of Absolut, people in the south of the USA, can’t get enough of crawdads.

Today some farmers are complaining about the ever-spreading Crayfish into wetlands, streams, destroying their farming areas. Maybe we just need more visitors to Lake Bunyonyi to consume more significant quantities of the tasty morsels. North Europeans love them, with some salad, bread and a shot of Absolut, people in the south of the USA, can’t get enough of crawdads.

Lake Bunyonyi Crayfish, for many Locals they might be a nuisance. To Visitors a Tasty Dish – you can include Lake Bunyonyi along with a Crayfish tasting time in your Safari with us- just let us know.