Idi Amin of Uganda – A Tourist Attraction? Will it Happen?

Will the Idi Amin Legacy attract Tourists to Uganda?

Will it happen? Idi Amin of Uganda – An Attraction for Tourists? 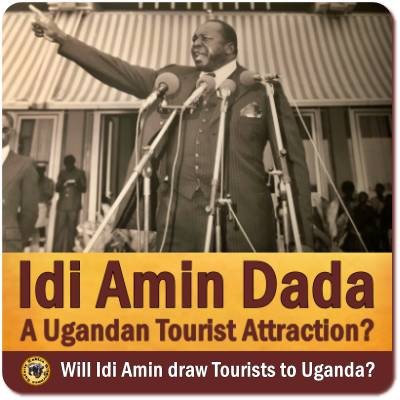 Idi Amin of Uganda – A Tourist Attraction? Will it Ever Happen? He remains the most well-known Ugandan. Though he was only a relative moment in time – his impact is felt and seen in certain places. There are no statues to him. In parliament, there is his picture along with other presidents, including President Yoweri Museveni.

Idi Amin of Uganda – A Tourist Attraction: Out of the 40 million-plus Ugandans, few lived during the times of Idi Amin. Not much is taught about him in schools. For most Ugandans, it is a time of their turbulent history, not to be remembered. Some Idi Amin revisionists such as Idi Amin’s son and the well-known journalist Timothy Kalyegira do. Kalyegira writes an occasional article about things were better during the times of Idi Amin. One thing that was undoubtedly better was the athletes competing on the World Scene.

To Westerners, Ugandans are synonymous with Amin. Even the Uganda Tourist board jumped on the Amin Band Wagon. They want to establish an Idi Amin Trail for Tourists.

In 2019 a portion of the unseen Amin Archives was displayed at the National Museum in Kampala. The 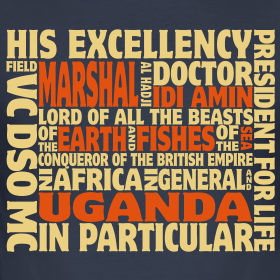 display was a success and attracted Ugandans, Visitors to Uganda, and Visitors. Another indicator that people both in Uganda and abroad want to know about Idi Amin.

The photographic presentation was well done and well received. One objection one might raise is that supporters of Amin were allowed to present an unrealistic human side to Idi Amin. Unfortunately, few of Uganda’s young population know and understand the effects that the Amin Government on Uganda.

The Asian population of Uganda suffered greatly. The expulsion brought harm to them and Uganda, its people, and it’s Economy. With over 300,000 Ugandans losing their lives. The persecution of Christians and the small Abayudaya Jewish Community was horrific. The murder of Archbishop Janani Jakaliya Luwum was just one example of the evil of the Amin dictatorship. 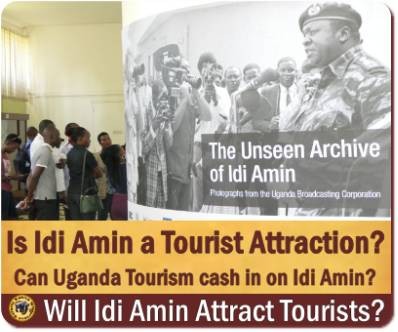 Idi Amin Dada ruled Uganda for a little more than eight years. He, however, left his mark on Uganda. Does his almost mythical legacy live on long after his death?

Would various Idi Amin Tourist Attraction bring more tourists to Uganda? Though millions flocked to the theatres when “the Last King of Scotland” and “Seven Days in Entebbe” were released.

Millions will not book flights to Entebbe to see where the Israelis rescued the passengers of the hijacked Air France plane in 1976.

Idi Amin of Uganda – A Tourist Attraction? At the most,  Idi Amin, as a Tourist Attraction, would play a supportive role, never be the main character. Something that the self-proclaimed “His Excellency, President for Life, Field Marshal Al Hadji Doctor Idi Amin Dada, VC, DSO, MC, Lord of All the Beasts of the Earth and Fishes of the Seas and Conqueror of the British Empire in Africa in General and Uganda in Particular” would not appreciate or like.

Idi Amin – a Tourist Attraction?  No one has ever written to us about wanting to visit sites where once Idi Amin 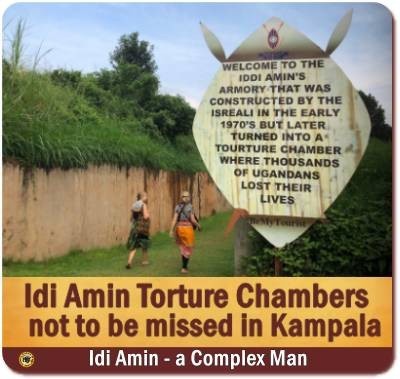 roamed. We do get daily requests for Gorilla, Chimpanzee, and Wildlife encounters. Uganda’s Mountain Gorillas remain the prime attraction. As Tour Operators, it is our privilege to add-on other parks and places and that we do. Often we extend what started as a three-day gorilla Safari into a five to ten-day Safari.

Though most foreigners well know Idi Amin. However, he evokes curiosity and interest. Idi Amin As a stand on its own, Tourist Attraction will not bring additional tourists to Uganda. If correctly done, they might keep tourists longer.

So-called Dark Tourism involves travel to places historically associated with death and tragedy such as Auschwitz in Poland, Dachau in Germany, or the Genocide Memorial in Kigali, Rwanda.

There have to be reasons that tourists ought to visit such a site. At no time should a dark Tourism glorify the Villain. The present Ugandan government recognizes that Idi Amin once was the President of Uganda by hanging his picture in parliament with other past presidents. Still, it never glorifies that dark time of Uganda’s history.  Some historical revisionists would like dust off an Idi Amin that defies Ugandan history. Under his dictatorial leadership, over 300,000 were senselessly butchered.

Can it be done? The answer is yes. But it must be done thoughtfully and tastefully. Logistics and nearness to other well-known present tourist attractions must be taken into consideration.

Idi Amin of Uganda – A Tourist Attraction? Will it happen? Only time will tell.

Posted under Kabiza Wilderness Safaris,Pearl of Africa,Uganda and tagged with Idi Amin, Idi Amin Tourism Attraction, Top Things to Do and See
Comments Off on Idi Amin of Uganda – A Tourist Attraction? Will it Happen?