Top Things to do and see – Akagera National Park 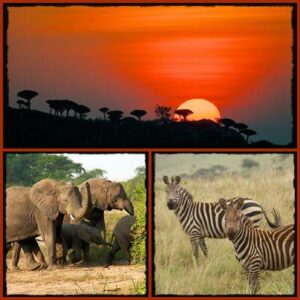 Akagera National Park – is named after the river that runs through it.  From a scenic point of view, Agakera is simply a stunning Savannah Park and is one of Rwanda’s Natural Treasures that will remind you of the Savannah Reserves of Kenya and Tanzania.

When it comes to Primates – you will find groups of the Olive Baboons, Vervet Monkeys and the rarely seen Blue Monkey, the wide-eyed bush babies can also be found here. 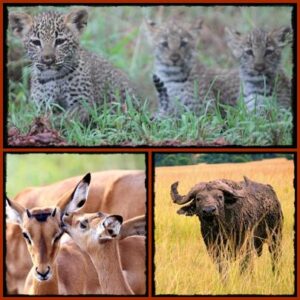 represented here with over 100 species of birds not found elsewhere in Rwanda.

You can find 44 species of Raptors, Papyrus Gonolek, Shoebill Storks and a lot of Migrant birds, among them, are the Lesser Kesterel, Great Snipe.

Akagera Park represents the northern limit of a number of Zambezian home Species including the Sauza Shrike, Arnot Chat and the Long-Tailed Cistola.

One unique feature of Akagera National Park is that feeling of being out on your own, you can drive for hours and not run into another vehicle – which is a rare treat in East Africa.

Akagera National Park is well worth a visit and is filled with surprises, a fence has been erected to protect the Park Animals from poachers and those wanting to encroach – bring in their cattle and more.

Akagera National Park makes a safari more well-rounded and gives you the best that Rwanda has to offer for those wanting a Savannah Safari Experience.

Things to do and see at Akagera National Park: 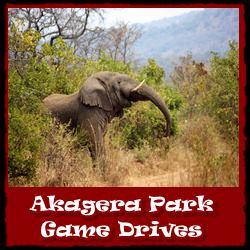 Game drives mean that you are accompanied by a Guide who is knowledgeable about the flora and fauna found in the park.

While on game drives one should stay within the vehicle unless the park guide sees it as safe to get out and take a look around.

For longer game drives take a snack or lunch from the lodge and in our case, we will an ample supply of drinking water for you.

Nocturnal – Night Game Drives are most exciting as you venture out with spotlights to see the creatures of the night found in Akagera National Park.

A nocturnal drive through Akagera Park is quite different from the day – at night there is a good opportunity to see the predators on the prowl looking for dinner.

You might see a few leopards, a Lion, serval cats, civets, lions, hyenas all out during the night.

One drives quite slow during the nocturnal drive in order not to miss wildlife. even nocturnal birds and bush babies their large eyes.

A nocturnal drive is about 2 hours in length and gives you a different perspective of Akagera National Park at night. 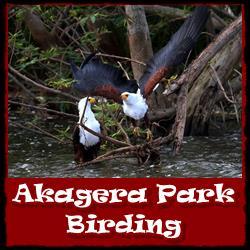 Birders who come to Akagera National Park are impressed  by what they find, in particular the variety of birds and abundance of birds found in the park, ranging from water to forest and including Savannah and migratory bird species – many of them endemic to the park – plus extremely rare species are also as for example the threatened papyrus gonolek which you will find in the papyrus swamps s. the localized red-faced barbes, the flycatcher, and one can be pretty sure that one just might spot the elusive shoebill stork while birding in Akagera National Park.

One thing that might be a bit out of the ordinary is fishing along the shores of Lake Shakani – you will hear the snorts of Hippos and the cry of water birds and hopefully, the only other noise will be the sound of a fish on your line.

Fishing anywhere is enjoyable – at Akagera you have the added pleasure of being in the African Wild – wildlife in the distance – hippos – and water birds all around you.

You might visit Akagera National Park while a fishing tournament is on – which would put you into the good company of fellow anglers.

The good news at Akagera National Park is that you get to keep your fish if you have confidence in your angling skill – you might want to start a fire and get ready to roast your catch just in time for lunch. 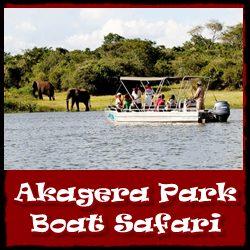 Boating Safaris are normally the highlight of a visit to a park in East Africa and so it it is with a boating safari on Lake Ihema in Akagera National Park.

Lake Ihema has one of the largest concentration of hippos in East Africa and it certainly is a sight to behold and so are the very large crocodiles that you will find along the shores of the lake.

There are also countless of water birds you will find while on a boating safari on Lake Ihema and hopefully, you will spot a Shoebill Stork.

Other animals such as Elephants find their way to the lake to water and to bathe and you have the opportunity to get closer to them than you would in a vehicle on a game drive.

A boating safari on Lake Ihema adds05 that bit extra to your time in Akagera National Park.

Enjoy the things to do and see at Akagera National Park in Rwanda – Rwanda’s only Savannah park. Where the Lions have come back and thriving, there are plenty of antelopes for them to hunt and Rhinos are here.