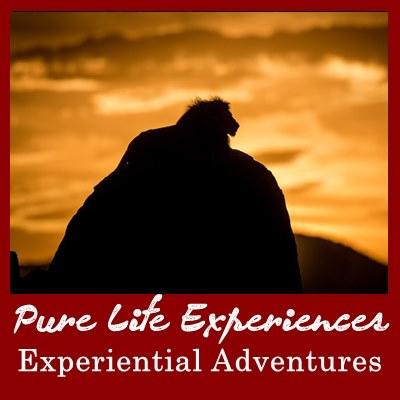 experiential Adventure in the remote Karamoja Region of northeastern Uganda.  A park where you have that all alone feeling in Africa.  Where you experience African Culture and Wildlife as it used to be 50 years ago.  The Africa you read about in Karen Blixen’s “Out of Africa” and in the writings of Ernest Hemingway.

Kidepo Valley Park is True Wilderness like you have never experienced on this vast Continent, it is an Africa away from the crowds, away from what one might call civilization, Africa – raw, unadulterated, off the beaten track, teaming with wildlife, ethnic groups that cling to their traditional heritage.  This is Kidepo Valley Park that has been called “The long lost Eden” and an Eden it is.  You cannot replicate elsewhere in Africa what awaits you here in the Pearl of Africa.

We know Uganda – we now the Karamoja Region of northeastern Uganda and we know Kidepo Valley National Park.  We have brought countless of visitors to Uganda to this “True African Wilderness Park” Hakuna Matata Style – (no Worries),

This year, take your African Safari Experience to another Level off of the Beaten Path in Kidepo Valley National Park. 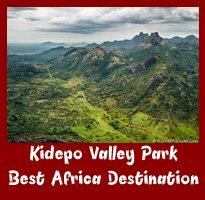 Kidepo Valley Park called the long-lost Eden by some has received many accolades, recognitions, and awards in the past.

From an Excellence Award from TripAdvisor to International recognition in the printed media and on TV.

In 2015 CNN Travel named the park as the third best park in all of Africa, the following year CNN listed it as a Top Destination.  In 2017 the Wanderlust Movement named as the best African Destination.

You, however have to find out for yourself how amazing Kidepo Valley Park is in the remote Karamoja region of Uganda. 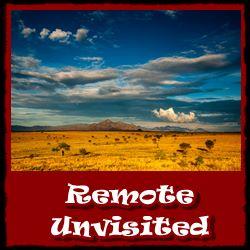 One of the reasons visitors come to Kidepo Valley Park on Safari is because it is one of the most remote parks in East Africa.  It is off of the beaten path, away from the crowds giving you that all alone feeling. 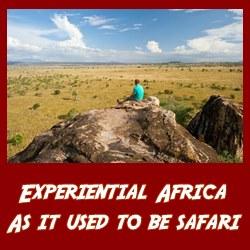 Kidepo Valley Park – Africa as it used to be:

If you are looking for Africa as idt used to be, Africa as it once was, the Africa of Winston Churchill, Ernest Hemingway, Karen Blixen, authentic Africa then a visit to Kidepo Valley Park in northeastern Uganda should be on your bucket list.

Unlike Kruger Park, the Masai Mara, parks in Tanzania you will not have a traffic jam at the sighting of a Pride of Lions – if you are searching for the Lion King, then meet Spartacus who rules Kidepo Valley Park.

If you are looking for Authentic Cultural Encounters not stages for tourists then Kidepo Valley Park and surrounding are is your choice, a park unlike any other park in Africa.

The reason that Kidepo Valley National park has less than 10 new visitors per day. The reason for that being its remote location in the Karamoja Region of Northeastern Uganda.

The Park borders the Mountains of South Sudan in the north and the vast Rift Valley in Kenya that lies to the West.

It takes a full day to drive to Kidepo Valley Park which can be broken up to make the drive-times shorter.  Add on top of that the poor road conditions, especially during the long Rainy Season and you have all the reasons why Kidepo Valley Park receives less than 10 new visitors per day.

Once here, you will forget about all the effort it took to come here.

You can visit Kidepo Valley National Park any time of the year and with somewhat improved access roads this has become easier even during the long Rainy Season.

There is a 3 day Weather and Climate Forecast on this page for you.  One thing you will notice that Kidepo Valley Park s considerably warmer than areas such as Kampala, Jinja, Southwest Uganda.

The park is located in the arid region of Karamoja where there is a lot less rainfall than in the rest of Uganda. The wildlife and rugged scenery makes a visit here well worth your time.

Weekly, we take clients here on Safari, we schedule nature walks and hikes during the cooler times of the day such as during the early morning hours.

Lodges do not have Air Conditioning in the park, one reason being is reliable electricity. 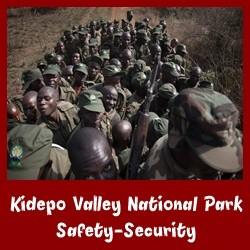 Kidepo Valley Park is in the Karamoja Region of northeastern Uganda.  It borders both South Sudan and Kenya. Poachers used to come in from Sudan, however, a heavy military presence at the borders are part of the investment by the Ugandan government to ensure safety and Security for both Ugandans and Visitors alike.

The Karamoja Region was once heavily armed, but that is no longer the case, cattle rustling is way down from the old norm.  The proud Karamajong  people no longer guard their goats and cattle with AK047’s but do so with spears and bows and arrows.  No Tourist incident has been recorded here.  Tourists are safe to travel to Kidepo Valley Park both from the South and from the West. 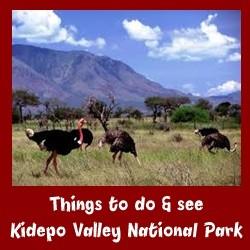 Things to do and See Kidepo Valley National Park:

When it comes to do things to do and see in Kidepo Valley Park – you will find the best wildlife viewing in Uganda.  If we add Ziwa Rhino Sanctuary where you trek Rhinos on foot, your Big 5 Safari is complete.

Kidepo Valley Park gives you Game Drives without the crowds, Nature Walks, Hikes such as the hike up to Mount Morungole.  Cultural Visits to a Manyatta Village where the Karamojong Nomad Warriors live with their families if they are leading their cattle to new pastures and living in a Kraal.

Add the setting to the Wildlife, the remote wilderness location and it is no wonder the Kidepo Valley Park has received the accolades and recognition it has. 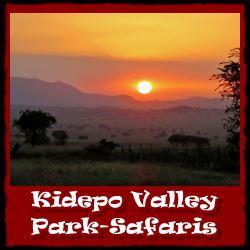 In some cases this means adding on visits to parks and places such as Jinja, Mount Elgon and Sipi Falls, Moroto and hiking up Mount Moroto, or even Mount Kadam, visit the newly discovered Rock paintings in the Region. 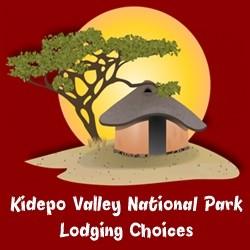 There are not many choices for lodging in Kidepo Valley Park.  New lodges are being built in the moderate and lower upmarket price range that most safari goers choose.

Apoka Safari Lodge is the luxury – upmarket lodge and is located inside of the park. Nga’ Moru Camp is in the moderate price range,  In the Budget range there is Apoka Rest Camp that is managed by the Uganda Wildlife Authority and in recent years the cottages have been improved and many are no with bath.

For your safety and security, we prefer that you stay in of the above lodges.  All of them have a great security record. 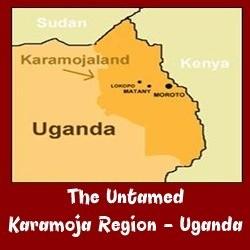 The Untamed and Remote Karamoja Region of Uganda:

Kidepo Valley Park is located in the untamed Karamoja Region of Uganda.  Its rugged scenery, vast spaces – high on a plateau bordering the vast Rift Valley of Kenya and South Sudanese Mountains – to the south is Mount Elgon and Sipi Falls.

This is undiscovered Uganda, home to the Nomad Warrior Karamajong Tribe that in the 16th Century migrated to Uganda from Ethiopia.  This region of Uganda was never colonized by the British, since independence they were neglected until recent time except when Idi Amin persecuted them.

There about 370,000 Karamojong (Karimojong) in the region – they were mostly pastoralists, cattle herders believed that their primary Deity Ajuk gave them all the cattle near and far.  They were cattle raiders that rivaled any in the Wild West of America.  Today, they have been disarmed, back to the spears of old while the neighboring tribes in Kenya such as the Turkana still have guns they use in raids and the same applies to the Toposa in South Sudan.  The presence of the Ugandan army has reduced cattle raids to a minimum.

The Practical Guide to Kidepo Valley National Park gives you most of the information that you might need to learn about Kidepo Valley Park and the Karamoja region of Uganda. If you have any question about a safari here with us, please contact us below.