The Desert Locust Invasion and Tourism in Uganda

2020 -The Desert Locust Invasion and Tourism in Uganda

The Desert Locust Invasion and Tourism in Uganda: East Africa’s great Locust Plague has now spread to the Pearl of Africa, Uganda. The dreaded Desert locusts are wreaking havoc of biblical proportions in the remote Karamoja region of northeastern Uganda and beyond. 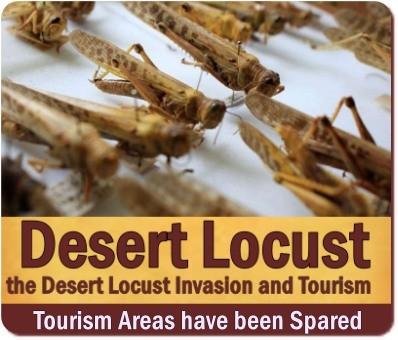 The Desert Locusts are considered to be the most destructive migratory pest in the world. A one square kilometer swarm of desert locusts can eat the same amount of food in one day as 35,000 people.

All over East Africa, including in Uganda, Crops, and Grazing areas, have been consumed by the Locust and destroyed for human consumption. Valiant attempts are being made to spray and eradicate the desert locust.

Expert advice is being offered as to the best times of the day for spraying. There is a lack of aerial equipment in all East African countries, including in Uganda. Promises of help being on the way have been made.

Uganda last experienced such a significant locust invasion more than 70 years ago, which caused massive damage to crops.

The straight forward answer is that it does not affect tourists at present, but it could. The Desert Locust Invasion and Tourism in Uganda, not so far. Things could change with the winds. 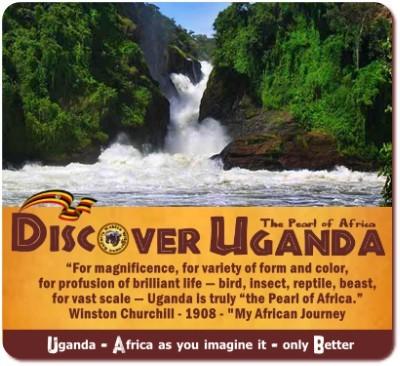 The local media has been given scant coverage to the locust invasion. Foreign media such as Al Jazeera, Voice of America, Deutsche Welle have paid much more attention to the desert locust invasion than the local newspapers.

The significant parks are in Western Uganda, where there is no presence of the desert locust at present. Tourism activities are continuing in the country without interruptions.

The movement of the Desert Locust is unpredictable. No one can promise that no Tourism Spots. Parks, Wildlife Reserves will not be visited by the desert locust.

No one can make such guarantees. We can only tell you the current situation as it applies to tourism in Uganda.