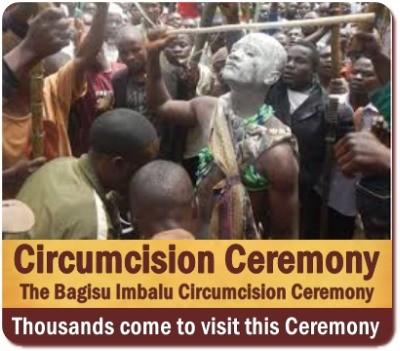 The Bagisu Imbalu Public Circumcision Rites – Boys becoming Men Ritual is an integral part of the Traditional Beliefs of the Bagisu. The Rite of Boys becoming men in the Bagisu Culture is deeply ingrained in the people. It defines the day a boy becomes a man, something that the Bagisu strongly believes in and is part of their traditional religious beliefs, culture, and tradition.

The Bagisu Imbalu Public Circumcision Rites is that that day, that moment in time when a boy of the tribe becomes a man. That day, all the privileges and responsibilities of being a man become part of his life. The whole community gathers to visit that vital rite of passage.

The Bagisu Imbalu Public Circumcision Rites are public rites shared with the community and beyond. Tourists are attracted worldwide, wanting a cultural insight into the Bagisu people and their distinct culture. Private male Circumcision is done the world over. With the Bagisu, it is done in public and celebrated as boys are welcomed as now men.

Along the Ugandan side of Mount Elgon, around Sipi Falls and Mbale, you can meet the Proud Bagisu People. Oral legends that the 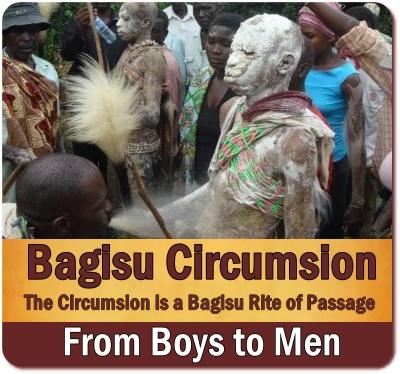 Bagisu can trace their origin to Masaba came forth from a cave on Mount Elgon. Masaba means mountain. The story is told among the Bagisu that Masaba can be found high in the upper slopes of Mount Elgon. Here he gathers with lesser deities and where stones can be seen arranged, such as tables and chairs.

In Bagisu society, there is no central rule. Each one of the clans has a non-hereditary chief that is appointed by a council of elders. The actual control was in the hands of the traditional religious leaders, also referred to as sorcerers and witches. It was they that held an iron grip on society, traditions, beliefs.

One of them is the Imbalu Circumcision, when the boys become men in the tribe and take on all privileges and responsibilities of a male in that tribe, including marriage.

The Impala circumcision rites are societal norms passed down from the days of old to the present. Oral legends tell us that the first Mugisu man that was circumcised had the reputation of a womanizer, seducing women in his village and beyond, including many who were married. He was brought before the elders, who decreed that he should be castrated as a punishment and a deterrent to other men. Something did not work out as decreed. He was only circumcised. After he recovered, he continued his ways of old seducing even more women. Some said of them that he had become an even better lover. Other men, not wanting to be left out on such pleasures, had themselves circumcised to become like the first Mugisu who was circumcised. The Public Imbalu circumcision ceremonies are held during even-numbered years (August and now even December). 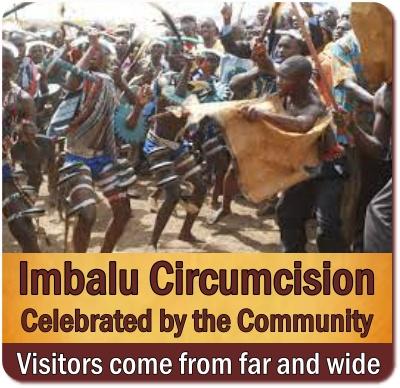 It is a pivotal occasion in Bagisu society. An individual will undergo a rite of passage to manhood that involves the whole local community. Even visitors are allowed from far and wide. Boys and Young Men 16-25years is considered the acceptable age for the Impala. Those who decide to be circumcised announce their intention in June or May and spend the following few months preparing for the Imbalu Ceremony.

.Imbalu circumcision rituals are the basis for Male Bagisu identity. By making them stand out as a race of “men” (basani) as opposed to other non-circumcising tribes whom the Bagisu consider as boys (basinde). One graduates to being a “man” and becomes deemed responsible and indeed a “real” Mugisu through circumcision. The women’s “true” identity is also defined by marrying a “real” man, one who is circumcised.

Those who fear circumcision try to avoid it after becoming forced to endure a rough forced circumcision. Such stories even make the local newspaper where a Mugisu returning from abroad had to prove that he was indeed a man.

The Public Imbalu Circumcision Ceremonies are an insight into the culture and traditions of the Bagisu. The rites have become a tourist attraction.

The Bagisu Imbalu Public Circumcision Rites – If you like more information – include it in your Safari – Please let us know.