Kanye West – Kim Kardashian Discover Uganda the Pearl of Africa in October of 2018.  After a one of a kind,

still talked about the visit with President Trump in the White House Oval Office, Kanye West, family, friends, and crew including the Rapper Big Sean jetted off to the Heart of Africa, Uganda the Pearl of Africa, not knowing what would await them

Uganda has had its shares of Celebrities, Music and Film Stars visit Uganda, but normally under the radar of most including the ever watchful local Media.  There are no tweets, no Facebook posts, nothing on Instagram or Snapchat about their experience and time in the Pearl of Africa, their wildlife, gorilla and chimpanzee encounters, their interaction with welcoming Ugandans.

Kanye West – Kim Kardashian Discover Uganda – Kanye West and Kim Kardashian were different from any other celebrities that arrived in Uganda in recent times.  Unlike the Real Madrid Football Superstars who were wined and dined by Tourism Officials, shown the sights all resulting in a Nil For Uganda., just before Kanye West’s Arrival recruited a Ugandan, often controversial Celebrity to be a Ugandan Ambassador for Tourism, some of us in tourism quietly cringed.

Out of the Blue, a visit without the normal fanfare, they jetted in and then headed by Helicopter to the Gem along the ancient River Nile – Chobe Safari where  a local recording company, Swangz Avenue set up a domed recording studio along the Nile at Chobe Safari Lodge and Kanye West recorded some tracks for his upcoming “Yandhi” in Murchison Falls National Park at Chobe Safari Lodge on the ancient River Nile that runs through the park.  He and his family enjoyed some Game Drives, a boat safari up the River Nile to the most powerful waterfall in the World – Murchison Falls.

To the local media Kanye West and Kim Kardashian expressed how much they liked and loved Uganda and will remain involved in various projects such as the building of a school, Kanye promised more visits and more involvement with Uganda. (Africa is 50 plus Countries and they chose Uganda.}

“Dear world there is another heaven in Uganda. Everything is real as soon as you enter this beautiful peaceful country, the air is so fresh, the amazing water bodies and too much green forests and bushes are so relaxing to watch every minute, then the very anxious welcoming beautiful people with real smiles, eagerness to help,” she posted on SnapChat at the weekend.

“The foodstuffs u [sic] find every minute alongside the roads, different species of birds and primates I never saw in my life and the freedom and happiness you visibly see on the faces of the people, everything is real in this country.”

In his 1908 Book “My African Journey”  Winston Churchill describes Uganda as then found it.

“For magnificence, for variety of form and color, for profusion of brilliant life — bird, insect, reptile, beast — for vast scale — Uganda is truly “the Pearl of Africa.”

Uganda is the Pearl of Africa – Kim Kardashian called it “another Heaven” Winston Churchill called it “Paradise on Earth.”

Kanye West – Kim Kardashian Discover Uganda the Pearl of Africa and their visit and Social Media Postings, the interviews that they have given, the upcoming: Yandhi” Album will further bring Uganda the Hidden Pearl of Africa to the forefront and to the attention of millions.

Marketing Uganda by the Ugandan government 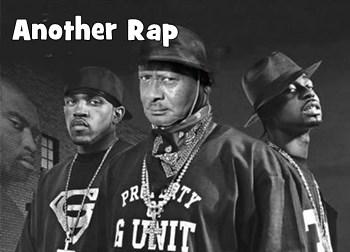 has been until recent times been a string of failures, unlike Tanzania, Kenya, and Rwanda. Uganda has spent very little compared to the other East African Safari Destinations.  Images of Kanye West, family, and entourage will far exceed the impact of the millions of Dollars that Rwanda spent on getting “Visit Rwanda” on the Arsenal Premier Footballs Teams Shirts.

The Kanye West visit opens up a myriad of possibilities to Uganda.  Ellen DeGeneres along with her partner visited Rwanda and met President Kagame and had their awkward appearing Kodak Moment – President Museveni, on the other hand, embraced Fellow Rapper Kanye West. (Kanye West wore the taboo in Uganda by Presidential decree Hoodie. (banned for Boda Boda Drivers)

The Worldwide coverage of Kanye West and his family Uganda Visit is priceless since It shows Uganda in the best possible light, safe, secure, friendly, welcoming and hospitable, a perfect Holiday African Safari Destination.

Both Winston Churchill and Kanye West only got a glimpse of Uganda – they missed the Mountain Gorillas, the Chimpanzees, the rugged, unvisited Kidepo Valley Park, the fabled Rwenzori  Mountains of the Moon, the Virunga Volcanoes, the crater lakes, the hidden tropical Ssese Islands, the jungles of Kibale Forest and the Semliki Valley  just to name a few.ies

Thank you for Appreciating the Pearl of Africa, its natural Wonders, most of all its people, its future, its children that make up the vast Majority of the Country.

Our Take on the Kanye Visit to Uganda: 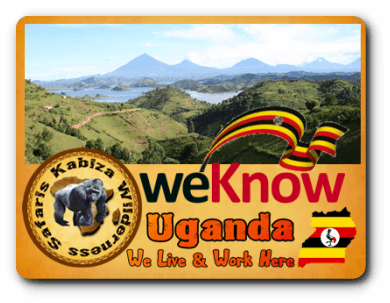 We are a tour operator we introduce visitors to the to the Pearl of Africa whether they are  Republicans or Democrats,  We do not ask a potential Client whether they are Pro or Anti Trump, neither do we ask about religious affiliation or sexual orientation. In the Present political climate of Uganda, our staff does not wear Yellow – the color of the ruling political party and neither do we wear red, the color of the opposition.

We wear Khaki, it is neutral and does not attract Tsetse flies. We promote Uganda as a Tourist Destination that is well worth considering.  Kanye West’s presence has added an extra push.