The Good news about Elephants in Uganda is this, their numbers are increasing in Uganda and Akagera Park in Rwanda.  In Queen Elizabeth Park there are now 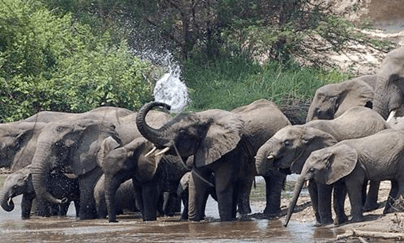 over 3000 elephants which is back to the 1960’s levels when there was an abundance of wildlife.

Uganda has both Savanna and Forest Elephants, Forest Elephants with straight tusk, hairier, smaller so that they can navigate in the forest are found in various parks.  Hybrid – Forest Elephants can also be seen in Queen Elizabeth Park, especially in the Ishasha region of the park.

The Uganda Wildlife Authority has done a great job with Elephant poaching for ivory, compared to other East African countries it is minimal here in both Uganda and Rwanda where they also have taken undertaking stringent conservation measures with the intent on rebuilding the wildlife population including Savanna Elephants.

The problem with elephants is the human – wildlife conflict, especially when Elephants raid crops in villages, some effective measures that have been taken are bee-hive fences, large trenches, planting spicy chili and burning chili with elephant dung.  Lately, Uganda Wildlife Authorituy has passed out Vuvuleza Horns to villagers and the elephants move away from the village when hearing the sounds of Vuvuleza Horms.

The Best Places to see Savanna Elephants in Uganda and Rwanda: 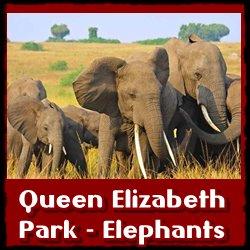 Queen Elizabeth Park is one of the best places where to see both Savannah and Forest Elephants in the wild.  Even hybrid ones through interbreeding between forest and savanna elephants.

The elephants of Queen Elizabeth Park have increased in numbers, back to what they were in the 1960’s.

You will see a lot of Elephants while on a game drive in Queen Elizabeth Park of Uganda, often you will see them at the lodge where you are staying while at the park. 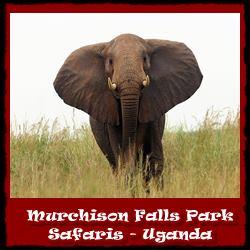 Murchison Falls Park is the second best park in Uganda when it comes to seeing Savanna Elephants. The population is on the increase here from the past.

You will see large herds of savanna elephants while on game drives here a  Murchison Falls Park in Uganda.

It is a great place to see wildlife including savannah Elephants. 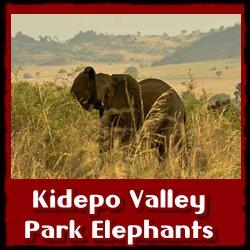 Kidepo Valley park in the remote northeast of Uganda is one of the best parks in all of East Africa – CNN named this the 3rd best Park in all of Africa and that includes the elephants found in this park that with less than 10 new visitors a  day.

It is an amazing place to visit to see wildlife and that includes seeing the savanna elephants found in the park.

It is a bit hard getting here, or either fly-in or drive from Kampala which takes over a day to reach, but the efforts are well rewarded and you will enjoy your time here. 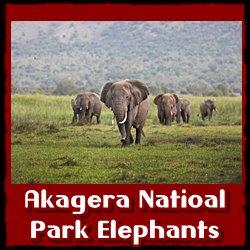 Akagera National Park is the only Savanna Park in Rwanda near the Tanzanian border.

It has been a long rebuilding process for the park, however, the wildlife is thriving and that includes savanna Elephants.

You will find large herds inside of Akagera National Park in Rwanda.  The park will be a worthwhile visit, the scenery more like Tanzania, the wildlife, Elephant herds and more.

If you leave early in the morning from Kigali – you can return that evening but is best to make it at least two days here.

If you would like to include any of the parks with savanna elephants in your safari with us – let us know.